I’m always happy to do a section of the Herzroute because I know that I will bike through idillic pastoral settings away from traffic.  https://www.myswitzerland.com/en-ch/experiences/route/heart-route-from-burgdorf-to-willisau-stage-613/

A plus is that the Herzroute (Heart-Route/ Route-du-Coeur) is conceived specifically for e-bikes, with several rest stops and battery charging stations positioned at strategic regular intervals. I don’t usually need to charge my ebike on-route but I enjoy these cool rest-areas nonetheless.

This particular Section is in the heart of Switzerland and reaching it requires multiple train changes. So this time I opted for the 1-hour-plus car drive, though I felt guilty for the non-eco choice.

I parked in Steinhof (a suburb of Burgdorf), in one of the many streets where parking is free on Sundays. But then I lost a 1/2 hour around Burgdorf looking for the right direction towards Willsau.

Burgdorf (see 99:05) is a charming village, with its medieval old town and imposing castle ( https://www.schweizmobil.ch/en/ort-0363.html ). The small upper old town is a jewel of medieval architecture, with small shops and restaurants occupying pristine old palaces. The 13th century Burgdorf Castle, on a corner of the town, stands high on a hill above the lower-town and valley.

Departing from the foothills of Burgdorf Castle I biked for several kilometers on a natural forested path along the Emme river. Indeed, a good part of this route is on natural surface so I would not recommend using bikes with thin tires. 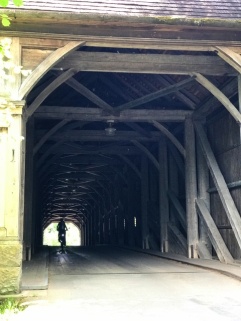 Left the Emme, the route climbs the rolling hills of the Emmental highlands with incredible panoramic views reaching the Jura and the Alps. 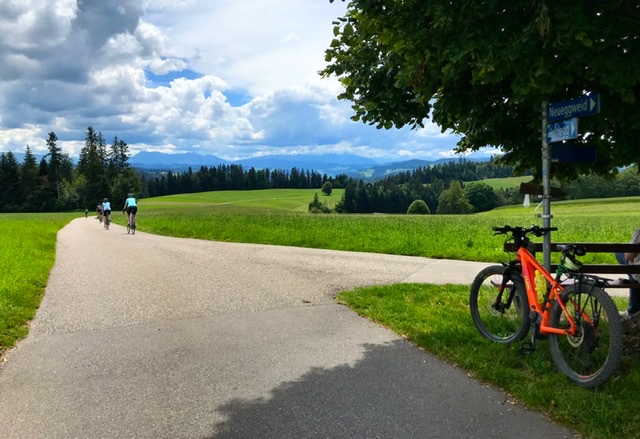 Indeed, you bike mostly on hillcrests, alternating rolling pastures, wheat fields and wooded paths, at an elevation range between 600m and 800m. Only a few hamlets dot the way. 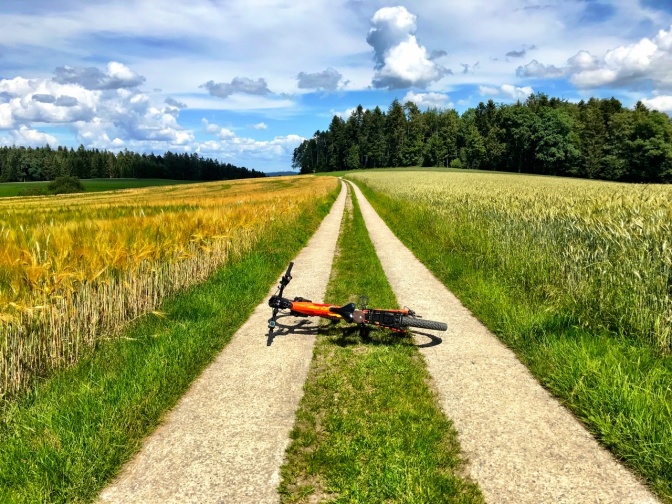 A recommended rest-stop is in Affoltern im Emmental, at the site of a small touristic agglomerate in the middle of this pastoral landscape. I entered the Emmental Show Dairy to buy a variety of cheese and to see, from a glass these days, the production of Emmental. Here, you find also a Restaurant and a little kids park for a great family escapade.

Reached the end of the route in Willisau (https://www.schweizmobil.ch/en/ort-0385.html ), I entered this charming old town via one of its arched towers. Like many other Swiss German (or German Swiss?) small towns, the medieval center is a rectangle enclosed by two towers and traversed by a central road lined with shops and restaurants. 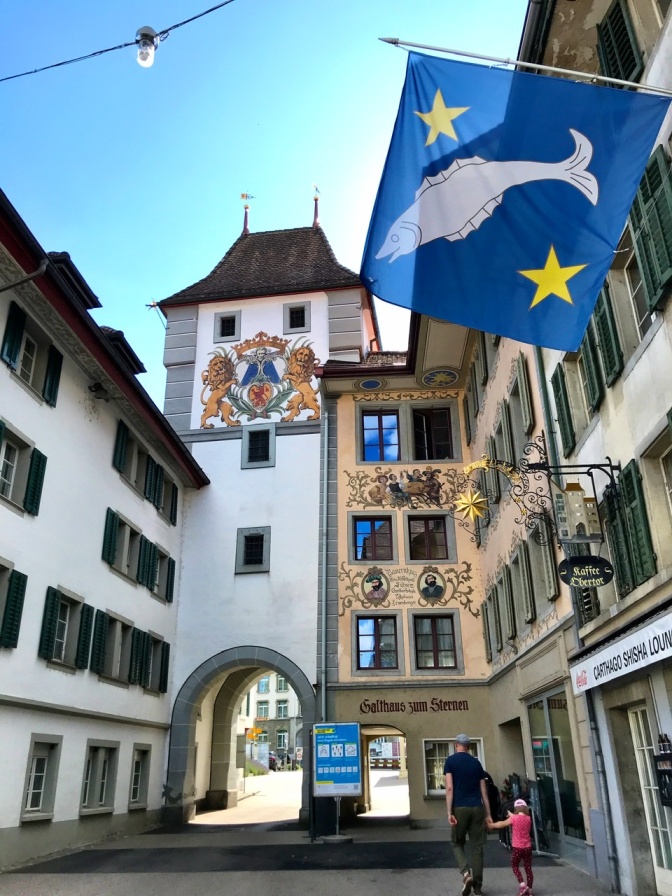 Because shops are closed on Sunday, I could not taste the typical Willisauer Ringli biscuit, the local delicacy.