Stats from SwitzerlandMobility.ch (http://www.veloland.ch/en/routes/etappe-01646.html): 36km long, height difference Agno–Chiasso 200m (240m in the opposite direction). Their site has the full profile. Shares its path with Eurovelo 5 (http://www.viaromeafrancigena.com/stages/the-lakes-area-1)

We biked it in the opposite direction. We arrived in Chiasso by train, passing through the newly built Gotthard Base Tunnel (57km in less than 20 min, at a speed of about 200km/hr. Apparently its maintenance and operation cost a whopping 68 million francs per year!)

From Chiasso, we headed to Mendrisio, coasting the border with Italy. The countryside around Chiasso has indeed an Italian flavor, with Italian style farmhouses and villages.

Mendrisio is a small, calm old village, with historic patrician houses and churches.  From there, we continued through a not particularly appealingly mix of countryside, industrial areas and suburbs until Riva San Vitale.

In Riva San Vitale, at the southern tip of Lago di Lugano,  we visited a 5th century baptistery, which is the oldest intact Christian building in Switzerland. Its frescoes and the monolithic baptismal font are instead Romanesque (12th century). 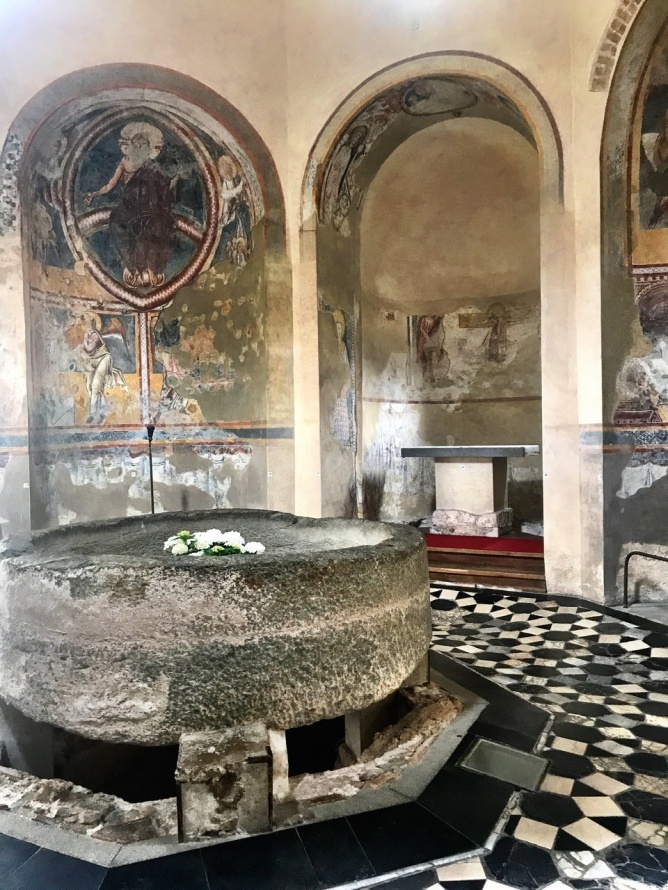 After Riva, we continued for a few Km along a horrible high traffic road, with no bike lanes and no views.

Melide, right on the lake, has the only Swiss Miniature park in Switzerland, with accurate reproductions (1:25 scale) of major Swiss buildings and landmarks.

From Melide starts the best part of this Section, in full view of the narrow Lago di Lugano and its lush-green mountains. The road is relatively tranquil and passes next to elegant lake-side villas.

Morcote was definitely the pearl of the journey: an old picturesque village by the lake with cafes full of tourists and a lake-side promenade.  Above the village towers an imposing church. 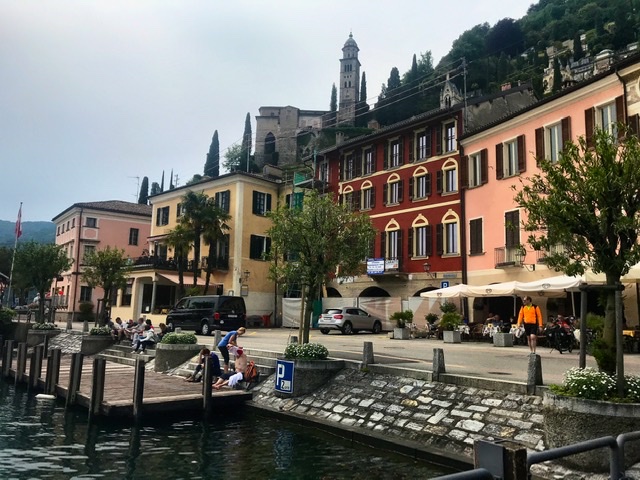 We finished in Agno but booked the hotel in Lugano, only a few km away.  Here we enjoyed strolling the elegant narrow streets, lined with porticos and old buildings. And then we ate an amazing pizza at Argentino in the beautiful Piazza della Riforma. 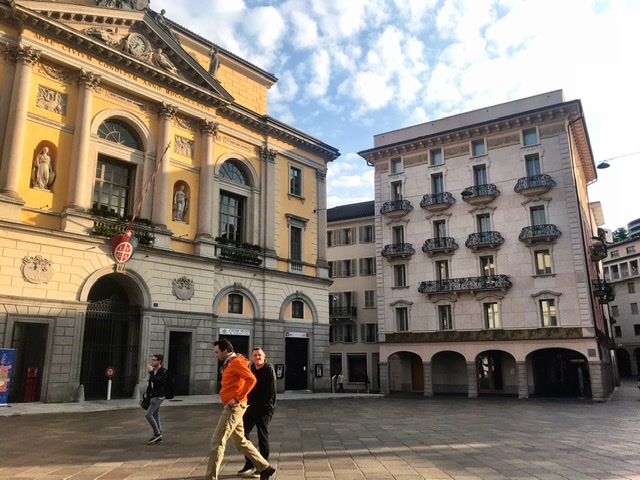 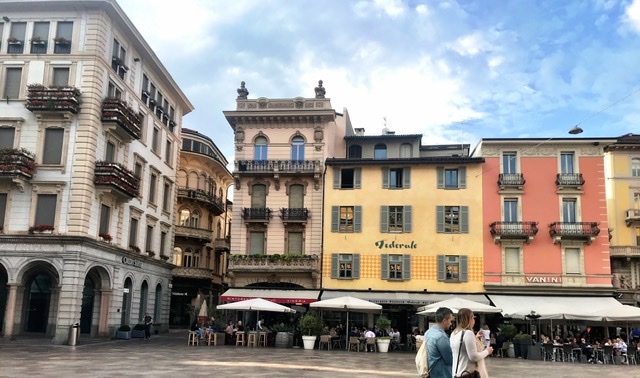 The full review of Lugano continues in Route 3:07.