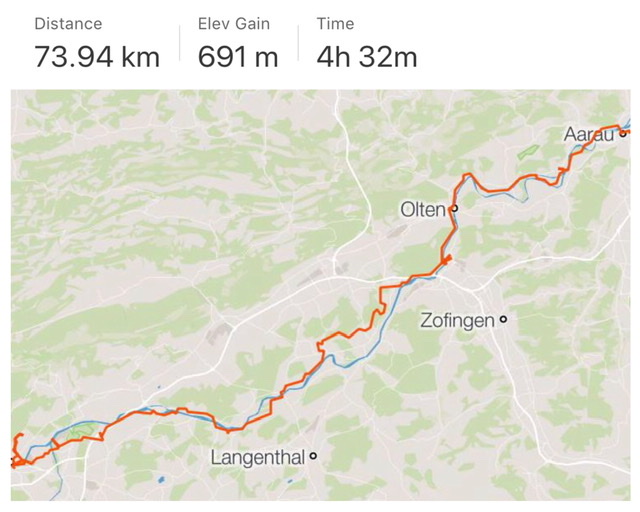 Stats from SwitzerlandMobility.ch (veloland.ch/en/routes/etappe-01085.html): 56km long, height difference Aarau–Solothurn 400m (340m in the opposite direction). Their site has the full profile.

This section is identical to Route 8:06 but it runs in the opposite direction.

After weeks of rain and unpredictable weather, we finally got a nice Sunday for biking.

I started in Aarau (myswitzerland.com/en-ch/aarau.html)(aarauinfo.ch/welcome-to-aarau) but I just browsed through and did not stop. I have now seen this beautiful town in several occasions (see 3:01, 3:02). Its amazingly decorated eaves (16th century) never stop to impress me.

In Olten (myswitzerland.com/en-ch/olten.html) I was lucky enough to find a “Food Street Festival” in the Old Town. So I gladly stopped here for lunch, munching on some sweet delights….. 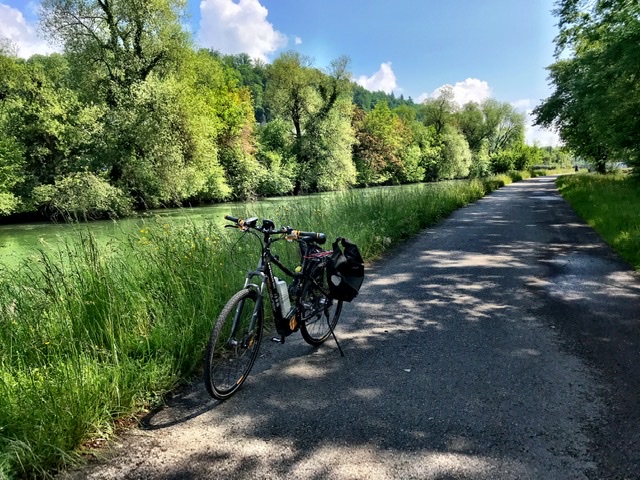 Just after Olten is the medieval fortress of Aarburg, in my view one of the most picturesque spots in Switzerland. The Aarburg Castle and its church stand on a rocky hill overlooking the river. The castle was built around the 13th century and then modified through the centuries. From the road, one has a picture-perfect view of the castle. Incredibly, it now houses a juvenile detention centre. Indeed, I tried to find a trail or road to get into the fortress but it was impossible. I went all around but there was no access, just some stairs and lifts.

Continuing on farmland along the Aare river, I was happy to find a self-service bio-farm that doubled as a rest stop, with clean WC and snacks, ice cream, beer, coffee, etc.

In Aarwangen (https://en.m.wikipedia.org/wiki/Aarwangen) the trail crossed the river Aare right at the small Aarwangen Castle (13th century), which stands as lookout over the river. Its tall tower is a particularly conspicuous detail. 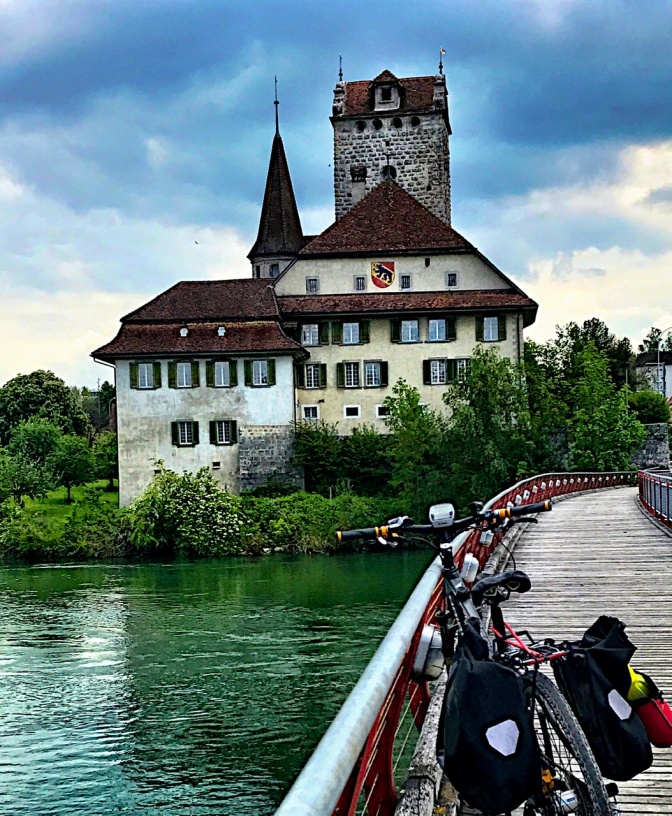 Before the end of this Section one passes by Wangen a. a. with its long and well preserved covered bridge.

Then is Solothurn (see Route 5:05) I had some extra time and decided to go to Waldegg Castle, just a couple of km outside the town, along bike route 50. More than a castle, Waldegg is a charming aristocratic country estate. It has lovely baroque gardens, a striking white architecture and a nice view on the contriside below. It was built in the 17th century in a mix of French and Italian style. Today it used for gatherings and cultural events.

And then a beautiful bike day turned sour when, in Bern, I took the wrong train connection and traveled over an hour in the opposite direction….aargh! I heard this is common in this gigantic Train Station, but I hope this is my first and last time. It is tough after a long bike-day and I arrived home very late and exhausted….