This was a beautiful spring day, which called for a good outdoor exercise.  Since I’m still avoiding trains, I looked for some low-altitude mountain-bike routes and not too far by car.
The area around the Diablerets massif and Miroir d’Argentine, has amazing scenery. Its tall rocky grey walls can be visible from afar in various directions.

So I chose to park the car in Bex. I then took MTB route 68 in the direction of Solalex, via a continuous 15km climb up to about 1,300m of altitude.

MTB route 68 is really beautiful and peaceful. Initially, it coasts a rumbling stream in the shade of trees. Most of the road up to Solalex is paved or with light gravel 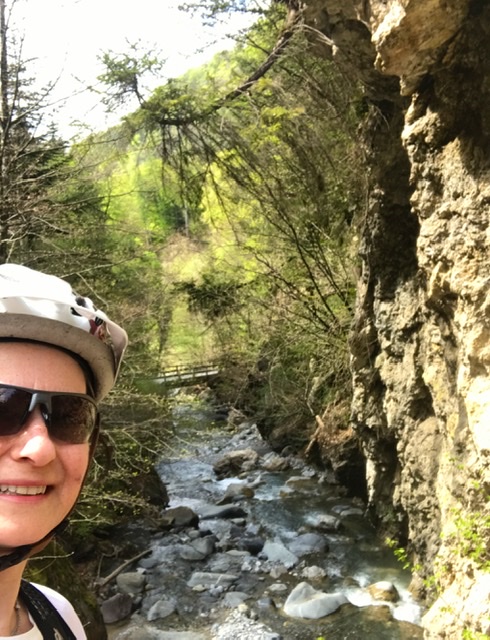 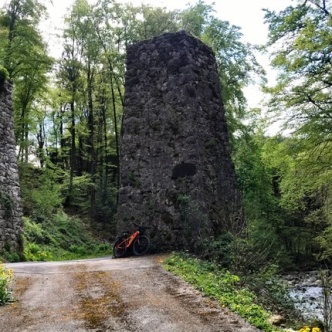 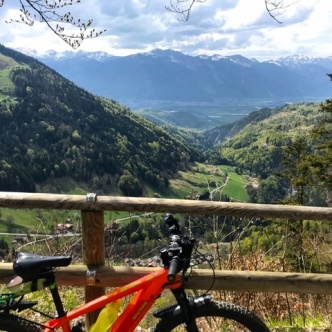 After about 6km, the route exits the woods and opens up to a spectacular view of the imposing Diablerets massif dominating over fields of pastures . 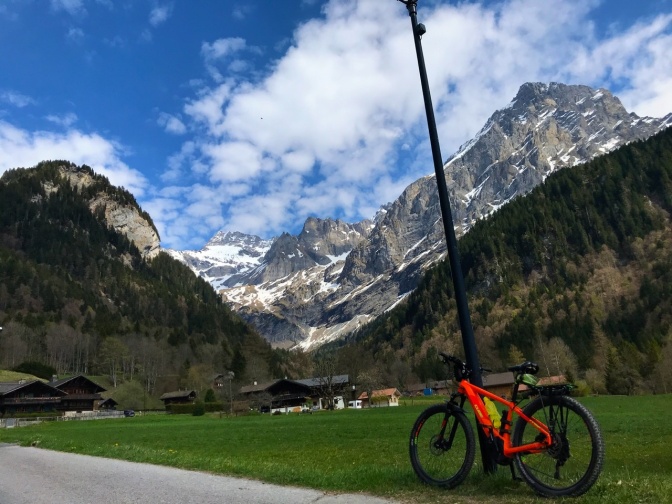 The road continued a gentle ascent, partly on paved road and partly on off-road in the woods. 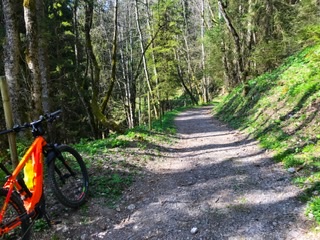 And then I reached the Solalex area, one of my favorite sites in canton Vaud ( https://www.villars-diablerets.ch/en/P32189/refuge-de-solalex). It is just spectacular and it offers a multitude of bike and hike routes with incredibly picture-perfect views.

About 2 km before reaching Solalex, I turned into a road to start my return loop. I found a connection to Bike Route 59 at La Barboleuse, between Gryon and Villars.

Here I started a continuous descent until Bex. But at Les Posses, I left route 59 and deviated into a dirt wooded road that brought me, with some difficulties, to the famous Salt Mines of Bex . 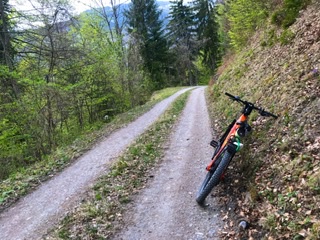 The Salt Mines are still providing Alpine salt (Sel des Alpes) today. They can be visited year-round, although they are currently closed due to COVID-19. They consist of kilometers of tunnels to dig out salt deposited here when the Rhone Valley was a sea ( https://www.seldesalpes.ch/en/salt-mines/ )( https://www.myswitzerland.com/en-ch/experiences/salt-mines/ )

From here I then followed MTB 574 back to Bex.

Link to Introduction and other Sections: