In general, the routes around Lake Geneva/Lac Leman can be easily explored in the cold months. The low altitudes (~300-600m), the sunny exposure and the lake mirror effect, all keep the temperatures much milder than in one would expect. Indeed, snow is infrequent around the lake. The part of Lac Leman between Nyon and Morges is also called “La côte” and it is renowned for its vineyards.
Section 7 begins at the Geneva train station, with the first 6 km exiting Geneva through a busy road. It continues, basically flat, until Morges but it is surrounded by the views of the Jura mountains on one side and of the French Alps & Mont Blanc on the lake side, whose peaks, in winter, are covered with snow.

It starts by traversing some very wealthy residential villages with beautiful old villas surrounded by tall walls (ex. Genthod), suburban farmland, and then continues by crossing many small old towns: Nyon, Prangins, Rolle and Morges are worth a stop if time allows it. The larger towns of Nyon and Morges have also a picturesque castle overlooking the lake. Indeed, this is a long trip with many attractions, so if one wants to visit the castles and historic centers, then it may be better to split the trip across two days.
It is important to note that the bike route often bypasses many of the old town centers, which are instead intersected by the busy road connecting Geneva to Lausanne. The biker interested to visit these medieval villages and castles may want to plan small detours into the historic parts of Coppet, Nyon, Prangins, Rolle and St Prex.
Coppet has a palace-castle that can be visited from Easter to October. It contains a collection of furniture and paintings. 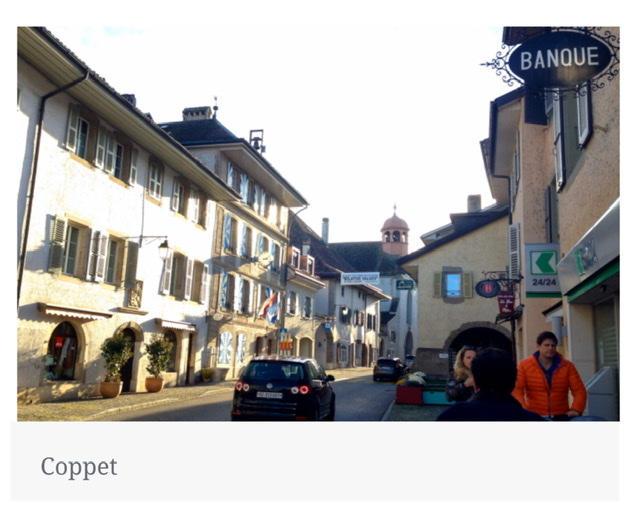 Nyon has lake activities and offers many attractions. Its white castle with round towers is situated on a hill overlooking the lake. It was built mostly in the XVI century (Bernese period). It can be visited and it houses a porcelain collection.
Prangins is known for its castle. The castle was built in the French 18th century style and it usually houses various expositions. The park contains the largest old-style vegetable garden in Switzerland. 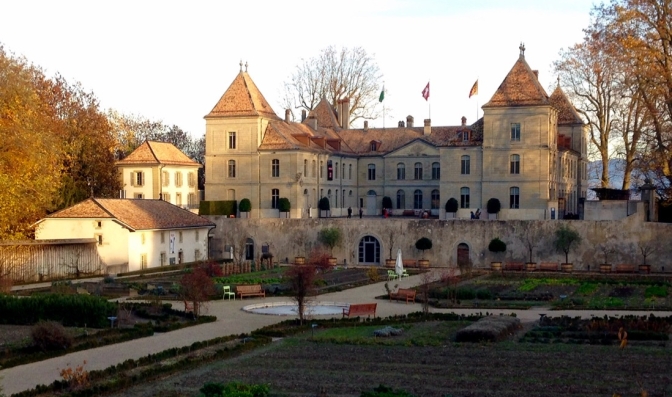 Rolle is a nice old town with a 13th century Savoy castle right on the lake shore. Unfortunately, the castle is not open to the public.

St. Prex is very small and often overlooked so one has to detour and bike inside this adorable village on the lake shore.
Arrived in Morges, it is nice to stroll along the lake and around the Castle or in the middle of the old town, where one could relax and dine in one of the many little restaurants. There are multiple festivals and events in Morges throughout the year.
The Castle of Morges is on the lake and it was built also by the Savoy in the 13th century. It houses a military museum and is the only part accessible to the public. 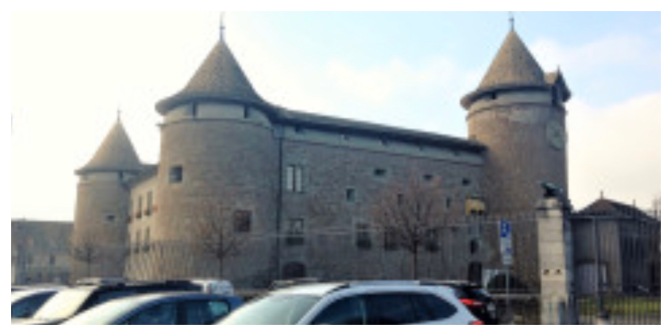 Here are the links to Introduction & some other sections of Route 1: